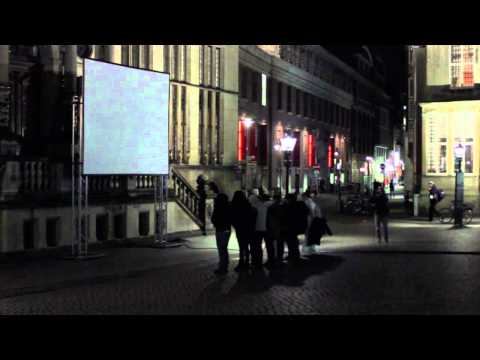 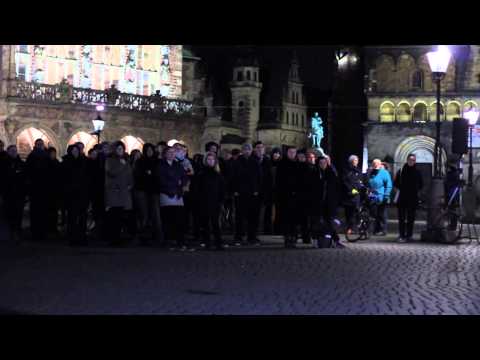 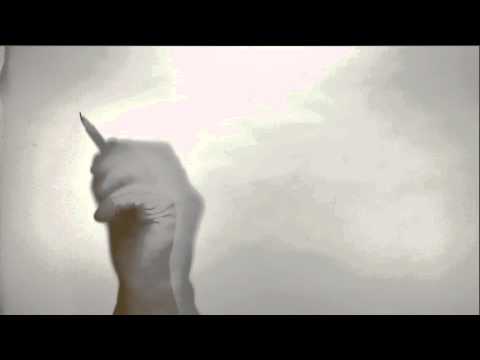 The happening 27.02. Marktplatz [Market Square] took place as part of a long-term project initiated by the artist Elianna Renner, Tracking the Traffic, and was realized in cooperation with Claudia Piepenbrock, Lulu Mendelova and Katharina Kreutzkamp.

The cooperative project examines the historical trade in women and girls, which is an often overlooked aspect of the broader history of global migration in the nineteenth and twentieth centuries. Yet in fact from c. 1860 until the 1930s countless women from Eastern Europe—including many from Jewish families—fell victim to internationally organized trafficker gangs whose networks spread over several continents. The same period also saw the emergence of a growing number of coalitions between European women’s movements, both Jewish and non-Jewish, which struggled to eradicate the international trade in women and girls.

The main goal of Tracking the Traffic is to research this history by recourse to various media and to bring it to public notice, inter alia by means of reenactments at locations that have historical links with female migration, the trade in women and girls, and the struggle to stamp it out—and the old market square in Bremen is a case in point.

The happening 27.02. Marktplatz, an outcome of a workshop held at the Bremen University of Fine Arts (HfK Bremen), was realized in cooperation with Claudia Piepenbrock, Katharina Kreutzkamp and Lulu Mendelova, students//faculty members at Bremen University of the Arts.

In the framework of the Lab Ordnung//Struktur [Order// Structure]